So many US citizens have been dreaming of visiting Cuba — and now, it is easier than ever! The travel restrictions have been loosened and Americans can finally legally and openly get to know this amazing country with its wonderful people. Read on and see for yourself how un-intimidating and simple getting to Cuba was for us.

When, back in November 2016, we came across a “Newark – Havana” flight for under $250 round trip, my husband and I pounced on the “pirate fare” for the much-overdue week-and-a-half get-away in early January of 2017.

Given decades of the travel ban, it felt strange to be booking a direct flight from New Jersey’s Newark Liberty International Airport straight to Havana’s José Martí International Airport  with a major US-based airline like United. When things are iffy or unclear, the “paranoid Ex-Soviet” in me awakens and doubles down on research, to make sure I’m not missing any pertinent details or caveats.

United Airlines provides an informative breakdown of travel requirements on their website, but let’s elaborate on how it works in real life.

Before you can purchase your ticket, you will be asked to certify your reason for visiting Cuba by choosing from the following “general licenses”:

Unfortunately, “Cultural fascination” and “Lifelong dream” are not among acceptable reasons to visit Cuba. Also, it seems that most of the items on that list would require documentation.

However — there are a couple of options that are vague enough to allow for a variety of interpretations, without requiring any official paperwork! We checked off “Support for the Cuban people” and proceeded to book our tickets. It was the right, hassle-free way to go. The exact legal wording for the clause can be found in the Code of Federal Regulations here.

Going through the customs, it seems like a good idea to make the officers’ jobs easier by getting one’s story straight. Jokes, ad-libs and small talk might set off more alarms than chuckles with the border agents. It’s best to have all documents in hand, look ’em straight in the eye and answer the questions to the point and without wavering.

When they ask: “What is your reason for visiting Cuba?”  — avoid coming back with: “I hear the rum is pretty good!” It deviates from the script. Because “booze tourism” — or any kind of tourism — is not on the bloody list of 13 permit-able causes for entry for US citizens!! It is wiser to answer: “Support for the Cuban people” (or whichever one you picked when you booked your ticket) and move along when prompted. Save the “adventure” for after you successfully cross the border, wise guy 🙂

The Paranoid Ex-Soviet Sez: As an added measure of security, I brought back-up materials, in the off-chance we would be asked to explain what, precisely, we mean by “support for the Cuban people”.

It so happens that my husband works in library science and visits libraries wherever he goes, always on the look-out for potential collaboration. I printed out a list of libraries across Cuba to point to, if questioned by customs. Our story was: the husband is visiting libraries for establishing contact / I am a sociologist and serving in the capacity of Spanish translator to my husband. This narrative demonstrates how it’s not tourism, and establishes the potential benefit to the Cuban people in the form of intellectual exchange and professional networking. It helps that ours was true. 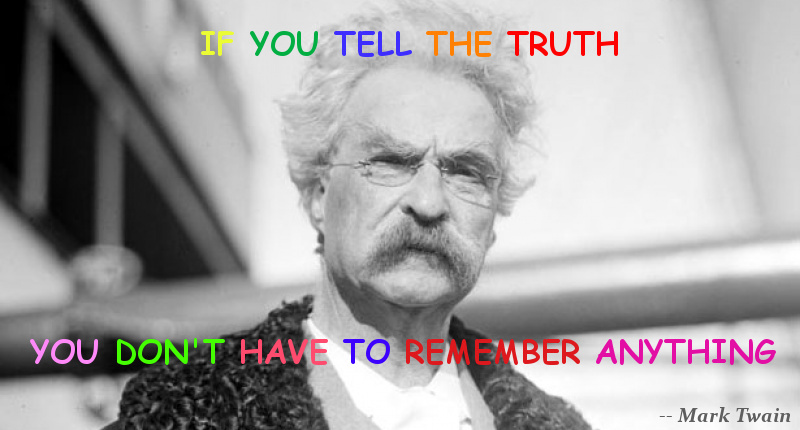 It is mandatory for U.S. citizens entering Cuba to have health insurance recognized by Cuba which, apparently, excludes most, if not all, US-based health plans. Thankfully, United Airlines built a temporary health insurance from ESICUBA into the cost of their ticket, covering the passenger for the first 30 days. I imagine other airlines flying into Cuba do the same — but I would check with them to make sure.

The Paranoid Ex-Soviet Sez: I just couldn’t take United Airlines’ website’s “word” for this and contacted their representative to clarify. The operator confessed that the route and rules were brand new and they did not have all the answers ready. Eventually, she confirmed that a $25 portion of the United ticket, indeed, accounts for 30-day health coverage.

Later, at the airport, upon my request, the check-out representative printed a separate receipt and circled the $25 charge for health insurance on it for me. It’s listed in fine print as OOCU25, which could stand for absolutely anything. But I felt safer having the print-out to point to, if need be. Gratefully, it was never disputed.

Can you spot the Health Insurance tariff?

If anyone is wondering why the “paranoid Ex-Soviet” me is so obsessed with print-outs — it’s because she knows that in socialist regimes, when the shizzle hits the proverbial fan, a piece of paper can be mightier than the proverbial sword. Nothing greases the wheels of a bureaucracy better than a nice, crisp sheet of papyrus with some text, official-looking stamps and, preferably, a signature or two. Conversely — to loosely paraphrase a Soviet Russian saying — “Without paper, you are vapor.”

At the Newark Liberty International Airport, the United Airlines check-in line for the Havana flight was sectioned off in a separate corner of the terminal. In addition to charging $50 for the “entry permit”, the Cuban Travel Service collected a service fee of $25 each, which comes to a total of $75 a person for visa expenses.

MONEY: WHAT TO KNOW IN ADVANCE

It used to be that US Americans were not supposed to spend a single penny on anything in Cuba, evidenced by complete lack of “stuff” or receipts brought back stateside. This is no longer the case: Americans can spend liberally and bring back all kinds of goodies (most seem to opt for cigars and rum which are now legal to bring back to the USA, allegedly, in unlimited quantities, as of recent.)

In a complete 180-degree turn-around from the preceding rule, US Americans are now expected to hold on to all their receipts from Cuba for one year. I had full intention to do that until I set foot in Cuba and saw that almost nobody was willing to issue a receipt for anything, like, ever…

In fact, shopping itself in Havana, seemed neither easy nor fun. Shopaholics will be  underwhelmed by socialist marketplace offerings — Cuba is no retail paradise.

But who goes to Cuba for shopping — other than buying pieces from local artists? Go for the beautiful people, the vibrant culture, the gorgeous nature, the unbroken spirit, the awe-inspiring history, the  musical language, the voices in the streets, the whispers in the night and, yes, even the ears in the walls — and you’ll have the time of your life!

The use of credit is not terribly widespread in Cuba, especially away from the couple of touristy spots in the country, so we did not even bother trying to use ours, as we did not purchase any high-ticket goods or services.

Also, we have heard multiple rumors that U.S. bank cards are not likely to be accepted by Cuban ATMs and did not want to chance it. We brought the amount of cash we conservatively estimated to carry us through the vacation without getting nervous about it.

The Paranoid Ex-Soviet Sez: Make sure to alert your bank / credit card company about going to Cuba — or they will cut you off after just one charge having anything to do with “those commies”. Back in Newark airport, my husband paid for entry permits and Cuban government service fees with separate credit cards and, in a matter of minutes, both bank companies shut off all access and texted him a suspicious activity alert. By then, we were rushing to get on the plane and had to leave it unresolved until our return stateside.

So, the Internet will tell you: don’t bring US dollars to Cuba — bring Euros or British Pounds! With USD, you will get slayed on the extra fee they tack on to punish the United States for the trade embargo. The official currency exchange services pay out just 87 cents on the dollar and it hurts.

OK, I hear that! And if you’re coming from Europe or you’ve got a big stash of Euros / Pounds lying around, by all means, do bring them to Cuba!

But I’ve done the calculations and it does not make sense to convert USD to Euros or Pounds and then exchange them into the Cuban currency — you’ll pay conversion fees TWICE! That will leave you with even less than 87 on the dollar.

The verdict: bring US dollars. Suck up the crappy government exchange rate — OR — engage with local people for a better deal. Obviously, don’t fall for the fast-talking street con artists — but there are plenty of decent, enterprising Cubans who will have an honest and mutually beneficial transaction with you.

Your best bet will be your “casa particular” hosts, who will likely oblige with a rate between 90 and 94 cents on the dollar. Or they’ll find someone else who will. The key is to be super tactful and indirect when broaching the topic with a new person: instead of “Do YOU exchange money?”, a less threatening phrasing is: “I am looking to exchange money — can you recommend where I can do that?”

Yep, Cuba has the frustrating double-currency system: the Cuban Peso (CUP) used by Cuban citizens and the Cuban Convertible Peso (CUC) for foreigners. The two sets of bills are similar looking but have dramatically different value and buying power. At the time of writing this, 1 CUC is worth 26.5 CUP.

[The Paranoid Ex-Soviet has some very strong feelings on how insulting and hypocritical the Cuban double currency system is to its own citizens, but she will have to save it for another post…]

As a foreigner, you will be using Convertibles (CUC). Exchanging dollars for Cuban Convertibles is easy math because it corresponds one-for-one with the US Dollar. Say your exchange rate is 90 centavos on the dollar. If you give $100, you get back 90 CUC; if you trade in $200, your return is 90 x 2 = 180 CUC, etc. 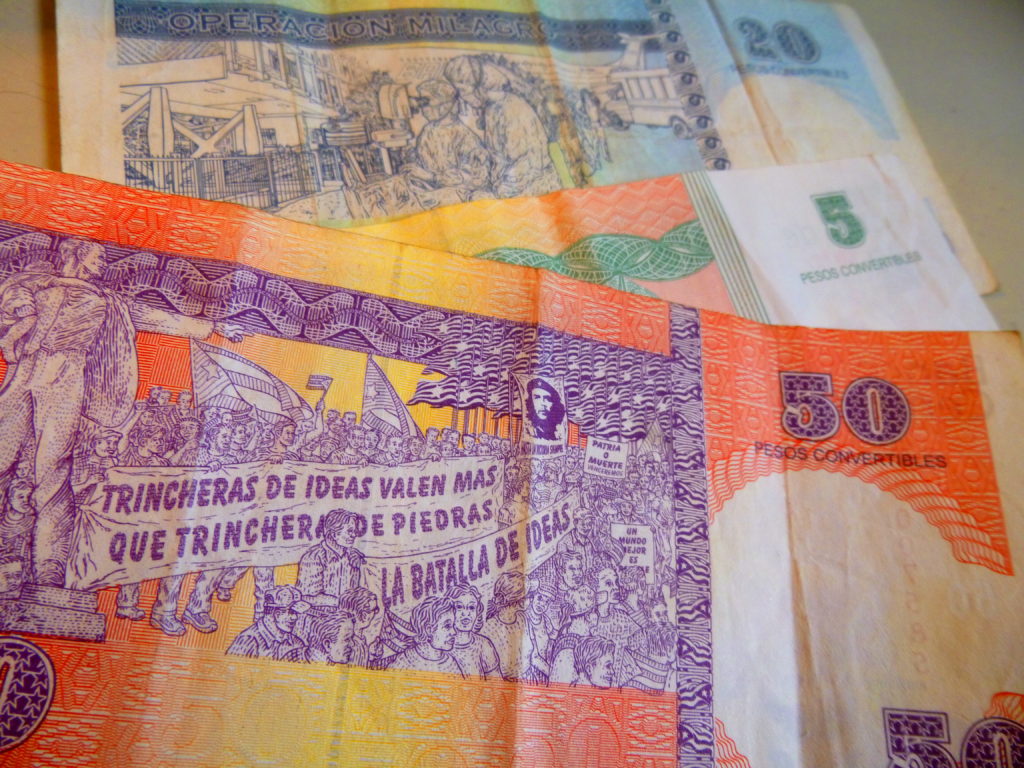 It is my impression that, in Cuban cities and tourist resorts, local pesos are not something you will ever need, unless you are absolutely set on paying the lowest price for the lowest-cost items, such as spending the bottom penny on a single loose cigarette, sold by an elderly lady in the street.

If paying 50 cents for a 20-cent item absolutely kills you, pocket-change CUP used by locals won’t be hard to obtain: go to a non-tourist tobacco / water / sweets stand, store or   window and buy something trivial with a Convertible bill. The vendor is likely to give you change in local pesos. 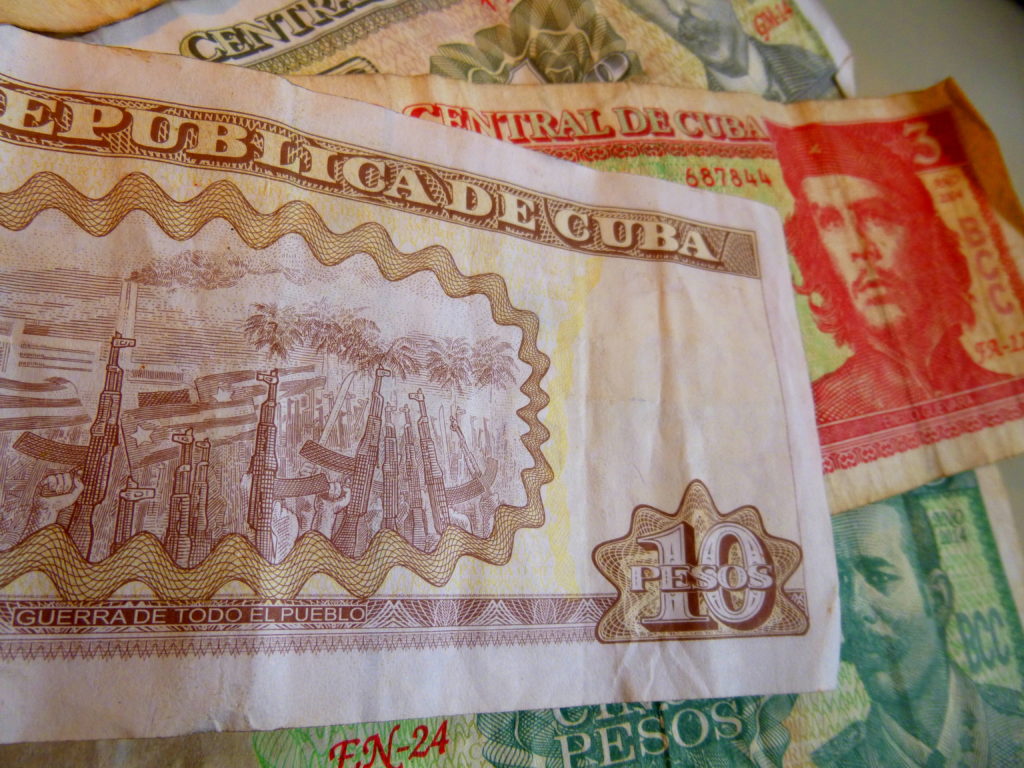 The Cuban Peso: the currency of the Cuban citizens.

Obviously, there is a ton more to know about Cuba but at least now, you can go ahead with the ticket booking process without anxiety 🙂 More Cuba posts coming soon — in the meanwhile, check out our podcast detailing the entire trip.

Happy Trails! Enjoy the wondrous country that is Cuba and please be a kind, respectful and generous representative of the ole U.S. of A. 🙂