So… Maybe it’s because I anticipated this outcome for months and had time to freak out and, eventually, make some sort of peace with it — but I just don’t feel so crushed by Trump winning. Like so many others following the election countdown, I felt my brain overheat, couldn’t stop cursing and had the dissociative sensation of being transported into the Bizarro World. But it was not due to surprise that Trump was winning — it was more of a weary “groundhog day” effect of watching your gloomy predictions play out, as you idly stand by saying “yup”. Maybe if I scream “I told you so” at my TV a few more times… 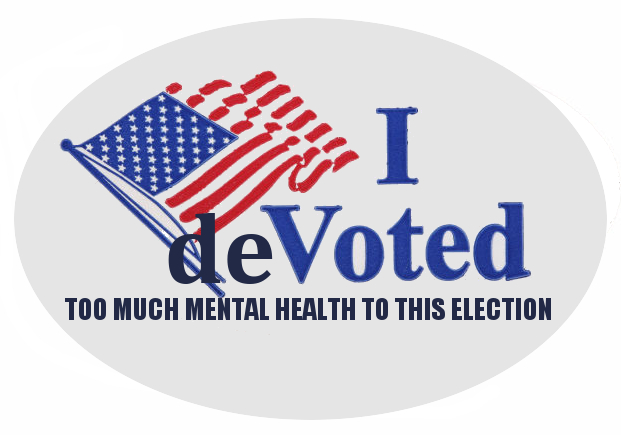 The surprising part is that, a day later, things don’t feel as bad as I thought they would. For one, there is just the sense of relief that [this particular part of] the circus is finally over, for better or worse. *Exhale*

Then, the embittered cynic in me is kind of amused by all the shocked arm-wringing in my own “camp”. I get that people are traumatized. I am too. But none of what happened was unforeseeable or unpreventable. So, people who feel that Trump’s victory came out of nowhere, this is a wake-up call, and not to martyrdom but to ignorance. “We had no idea! Guess we live in our own world here in the North East / West Coast,” is being said a lot. Shouldn’t this revelation be more humbling? Elitist obliviousness is nothing to shrug off as no big deal. It played the key part in the outcome of this election.

Instead, social media is blowing up with  “OMG, I feel so disillusioned and betrayed that half of my compatriots are INHUMANE MORONS!” We are the 47-ish percent of the voting population that imagined themselves to be a shoo-in majority, and we’re calling them — the winning side — stupid?? Then again, they are a pushy majority who believe themselves to be the persecuted minority. Up is down, left is right. I won’t lie, the irony of it all has its own perverse beauty. 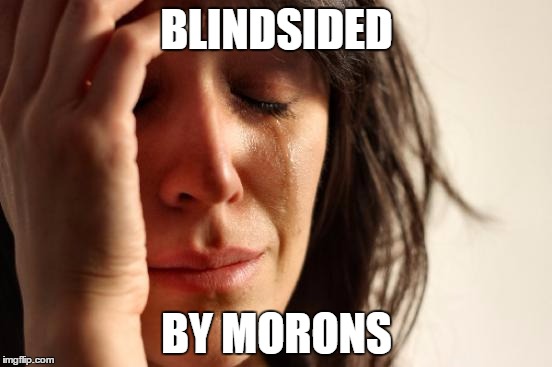 They’re SO stupid that I didn’t see them coming!

There is also a part of me that is kind of curious to see what happens next. We know all the terrible predictions — but what if there’s something positive there too? I mean, we are familiar with good progressive intentions leading to bad unintended consequences. Maybe in the Bizarro World, the narrow-minded, self-serving motivations of our leader will accidentally backfire with spectacular goodwill and prosperity for all?

Finally, I don’t know about you, but I’m just happy we didn’t get bombed. Concerns of explosions and active shooters have become a routine part of public commuting and space-sharing these days — and the election day was extra tense. Granted, the heightened anxiety does not stop New Yorkers from crawling all over the city like ants day and night, but I, for one, could do without the apocalyptic dread and the nagging anticipation that something is about to blow up beneath me. Talk about irony? As a child in the Soviet Union, I grew up expecting those damn Americans to drop the nukes on us any day. Lifetimes later, here I am, an American, waiting for those sneaky Russians to go off the deep end on us. And ISIS. And psycho locals. Great time to be alive, people.

Nonetheless, this fatalist is optimistic 🙂 There is room for unprecedented social unity and solidarity to grow from all this — though, perhaps not as a flower blossoming in a richly manicured garden, but as a wild mushroom materializing from the decomposing matter in cow dung. It might be random and kinda gnarly but also organic and maybe even magic.